In times of economic difficulty, should a country still be concerned with environmental conservation?

What is environmental conservation?

It is an umbrella term that defines anything we do to protect our planet and conserve its natural resources so that every living thing can have an improved quality of life.

Conservation works in two ways. It is meant to protect nature by protecting vital resources, and it is also a way of living that works against the irresponsible practices of businesses and large corporations. Green living takes away the power from those who have no interest in using their influence to promote the greater good of our world and choose to add to the problem instead. The more money we keep out of the pockets of big businesses that do not care for the environment, the more we can do for the planet.

According to Bloomberg: the nation’s six largest banks – JPMorgan Chase, Bank of America, Citigroup, Wells Fargo, Goldman Sachs and Morgan Stanley borrowed almost half a trillion dollars from the Feds at peak periods.

Conventional political thought has subscribed to a human-centred approach to understanding, often called anthropocentrism: a belief that moral priority has therefore been given to the achievement of human needs and ends, with nature being seen as a way of facilitating these needs and ends.

“It is our task in our time and in our generation to hand down undiminished to those who come after us, as was handed down to us by those who went before, the natural wealth and beauty which is ours.” – John F Kennedy’s speech dedicating the National Wildlife Federation Building in 1961.

In the words of the early liberal English Philosopher John Locke, human beings are ‘the masters and professors of nature’.

The 2008 Global Financial Crisis saw the unprecedented bankruptcy of Lehman Brothers Investment Bank and what ensued was Greece teetering at the edge of bankruptcy and needing a cash bailout from the International Monetary Fund and European Union. At that material point of time, politicians from G7 countries were single-mindedly focused on stemming another financial rout, preventing the equities/ stock market from another freefall and bringing the unemployment rate down. When an economic crisis happens, typically a stupendous sum of financial resources are deployed to stabilise the financial markets, rendering the government less concerned with environmental conservation. Detractors may opine that industrialisation and neglect of the environment are inevitable due to unfavourable economic circumstances. Howbeit, environmental degradation may inflict deleterious damages on the economy which runs contrary to the intended purpose of industrialisation. In addition, environmental conservation is key for economies that are environment-centric, for instance, tourism and the deteriorating environment poses a greater threat to our lives as compared to economic crises.

When a financial crisis beleaguers a nation, environmental conservation must take a back seat as the way out of economic difficulty is more crucial.

A protracted (prolonged) recession means sluggish economic growth, over a long period of time, signalling systemic problems in the economic system, such as inefficiencies and a lack of competitiveness, which are themselves complex issues that require much resources and time to address. For many governments which operate with large deficits (US war in Afghanistan 2001 & Iraq 2004 + 2008 Subprime Crisis), the concerns of the government are immediate obstacles such as securing funding for bureaucratic machinery to continue operating. Furthermore, when persistently high unemployment goes untackled, it can potentially lead to violent crime and civil unrest.

Workers across Greece mounted coordinated protests in 2012, which reflected widespread unhappiness with high unemployment, slowing growth and worsening economic prospects in Europe. Unions in Greece joined in protests and work stoppages to show solidarity with striking workers. In response, the Greek government widely publicised the government agenda for the potential exploitation of air, land and water resources, through fast-track investment projects. However, the environmental effects of such intensive and invasive extraction projects may be nature-offensive despite legal requirements for environmental safeguards.

The existing lack of coordination across government agencies is also likely to increase under the crisis, due to the restructuring of the public sector and drastic personnel cuts. Under troika policies, the government has implemented sweeping legislative changes, budget reductions and the restructuring of environmental agencies. For example, core Environmental Non-Governmental Organisations (ENGO) coalitions hold Parliament liable for easing the construction of buildings in protected areas, thus exposing protected areas and biodiversity, and annulling previous protective measures.

Mining, gas and oil extraction projects, which feature high on the governmental agenda, are all known for their capacity to produce environmental threats. The expected environmental and health impacts of Greece’s exploitative public policy are vehemently decried by local communities; they are supported by members of the scientific community, but they may be the key to pulling Greece out of the economic crisis.

Hence, a government needs to compromise and abandon environmental conservation for the sake of the greater good.

Greece’s economy is in an extremely dire condition, an anomaly (Something that deviates from what is standard, normal, or expected) case, whereby the various international monetary organisations (IMF & EU) have issued an ultimatum of sorts where Greece is backed against the wall and must use drastic measures to stay afloat. In most other countries, the exploitation of resources is not as bad as an idea that generates tax revenue.

Environmental degradation has the ability to kick start a chain of pernicious ramifications/ repercussions (negative consequences) that inflict damages on the tourism, retail and government sectors.

There is a high probability that widespread pollution would be a catalyst to a nationwide health crisis, disrupting the inflow of revenue from tourism. Not only can it aggravate a long term health condition, but it can also cause more people to contract respiratory-related illnesses. A country that has adequate public healthcare coverage would then have to bear the brunt of this health catastrophe. It will not be a problem for a wealthy country, but for a country facing economic difficulty? Are they able to sustain the people’s medical bills which could very well run into the millions? In addition, with such pollution, flights and tourists will be put off.

In September 2015, flights in the region were diverted as a result of the worsening haze that had blanketed parts of Southeast Asia. Garuda Indonesia has cancelled more than 400 flights to and from destinations in Sumatra and Kalimantan affected by thick haze from forest fires. Garuda scrapped 449 flights in the period from Sept 3 to 20 due to the limited visibility from the haze that blanketed the air in several cities in Sumatra and Kalimantan. The 2015 Haze episode caused by forest fires in Indonesia and exacerbated/aggravated by a severe El Nino effect cost Singapore an estimated $700 million of losses to retailers, hotels, tourism and the economy overall, according to research by Euston Quah, a professor and head of the economics division at Nanyang Technological University. Additionally, according to the Jokowi government, more than 136,000 Indonesians were reportedly suffering from respiratory infections.

When the forest fires in Indonesia occurred, the public healthcare system would have most likely bore the brunt of the medical costs. People employed in the tourism and retail sectors were likely to have been badly hit as well.

This causes the country to sink deeper into a financial black hole, thus environmental conservation should be prioritised as it precipitates and expedites the economic difficulties of a country.

For countries that are highly dependent on the environment for their economy, environmental conservation should indubitably/ arguably come first.

It is unequivocally (crystal) clear that countries whose economies are agriculture-centric have to focus on environmental conservation as the state of the environment is crucial to their agricultural yields. The economic consequences of climate change were highlighted by the Stern Review (2006), which pointed out that global warming could so disrupt economic and social activity that a failure to address it could mean global GDP being up to 20 percent lower than it otherwise might be.

In China, agriculture, meaning food security and safety, is a potent arm of the economy. Statistics suggest that agriculture provides more than 12 percent of the total Gross Domestic Product in China. However, rampant pollution is taking a toll on its economic growth. Acid rain is a costly by-product of China’s air pollution, which can cause crop damage and deforestation in addition to structural damage to buildings and harm to human health. Moreover, water pollution exacerbates water shortages. In many rural areas of China, agricultural lands received water so polluted that it was unfit for use, leading to a significant loss of grain production. Moreover coupled with the issue of soil pollution which not only threatens the food supply and safety, but also endangers public health, and damages the ecological system in some regions, pollution is unbridled.

It is only possible to lift a country, reliant on agriculture, out of economic woes if one focuses on environmental conservation.

The neglect of environmental conservation poses an imminent threat to people’s lives.

Rising sea levels displace people from their homes, exacerbating the migration problem that Europe is presently experiencing from Syria. As global temperatures rise and the ice shelves start melting causing sea levels to rise, it is almost untenable for us to ‘refreeze’ these melted ice.

If current increases in sea levels persist, one-sixth of the land area of Bangladesh could be lost to the sea by the middle of this century, if not earlier, leaving 13 percent of the country’s population with nowhere to live or farm. The prospects for people living in low-lying island groups, such as the Maldives, may be even bleaker, as these may disappear altogether. Africa and the Arctic (where sea ice is shrinking by 2.7 percent per decade) are likely to bear the brunt of climate impacts along with low-lying small islands and the Asian river deltas.

Such environmental threats are a paramount concern, as opposed to economic difficulties. The issue of economic difficulty seems minuscule (so small) as to be insignificant when we take into consideration the total environmental, migration, social and medical costs from rising sea levels that displaces people from their homeland.

Climate change threatens the survival of so many small island states and the possibility of these climate-displaced people dying from it far outweighs any economic arguments championed by politicians, namely higher GDP growth and low unemployment rate. 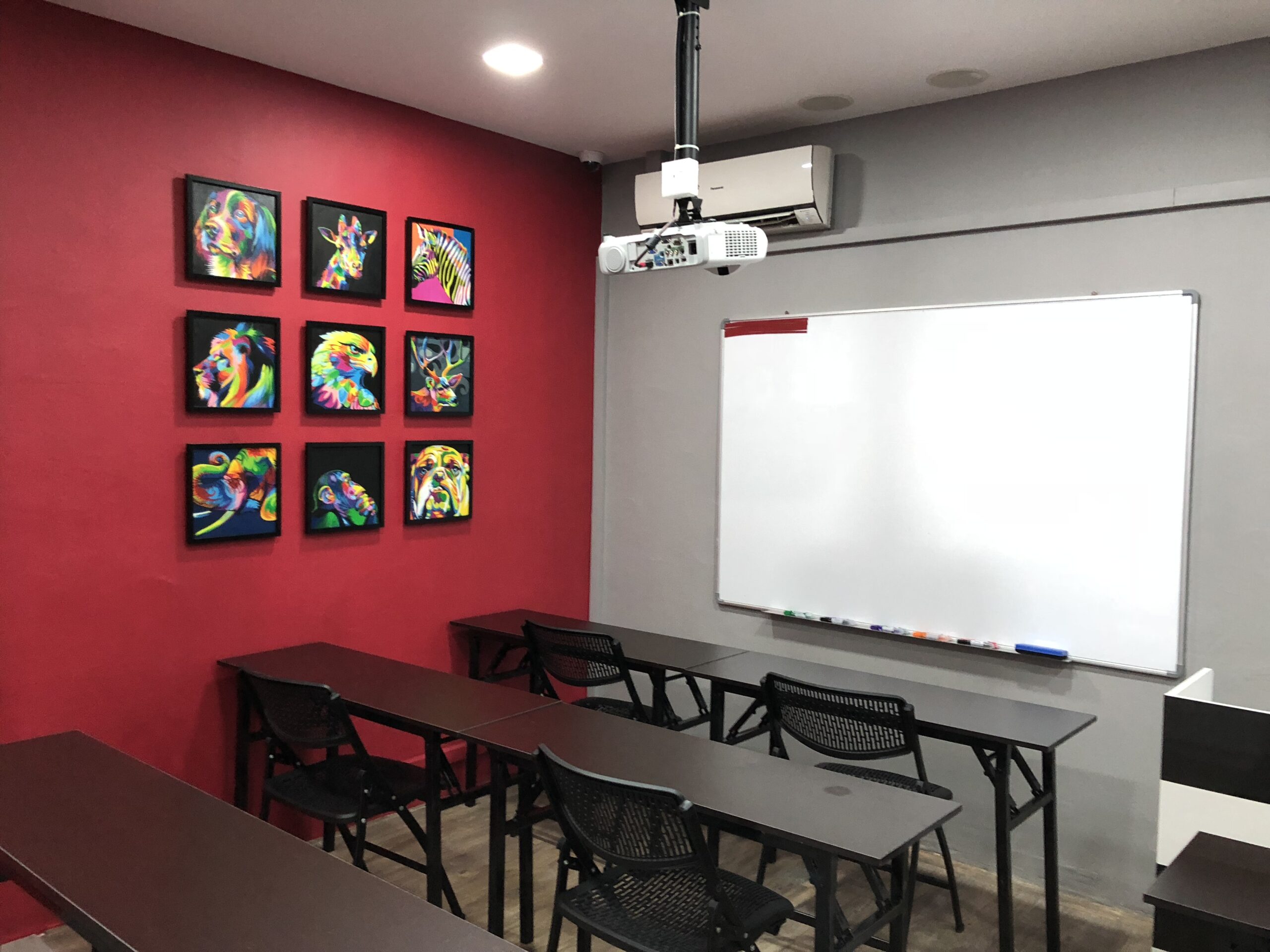